Palazzo Piatti: the story, characters and the rebirth of the secret gardens 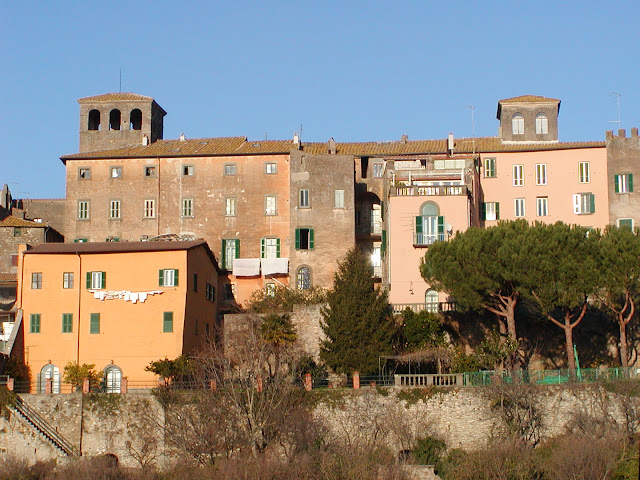 A century ago Palazzo Piatti on the south facing side of  Vetralla, was  a sumptuous residence  of  wealthy Piedmontese  builders, the Piatti family, who  owned over  5,000 hectares of  land with farms and fields of grain and olive trees between Vetralla , Tuscania and  Viterbo. They  also owned the   Bisentina  Island  on Lake Bolsena and  numerous   holdings  in Piemonte. One of these  was  the   castle-like Villa  Piatti  in  Quittingo where the famous  writer Edmondo DeAmicis   and statesman Count Cavour were often guests. 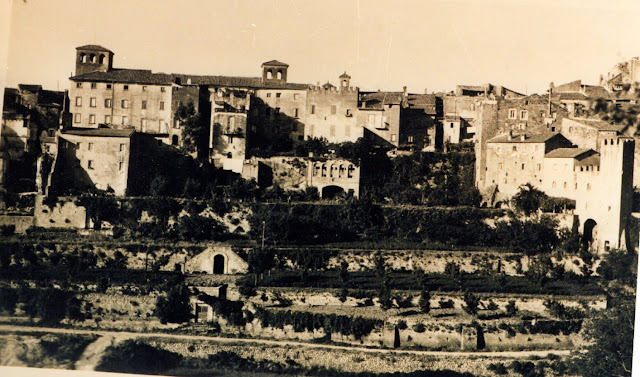 The brightly  painted southern façade of the Vetralla building was very much like  this castle. With  its four levels of gardens and enormous size (85 rooms plus  two  towers)  it  was so  imposing that it was featured on  many contemporary postcards. 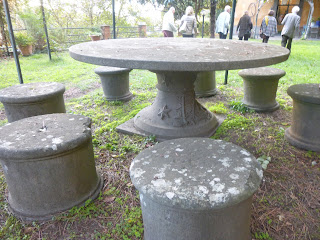 Sometime  before  1916, a young  opera singer from Livorno, Olga Matteini, met   the famous  sculptor and musician Pietro Canonica (26 years her senior)  and took drawing and painting  lessons from  the “Maestro” . In 1917  and  1918 she sang the lead part in his  opera “La Sposa di Corinto”    staged at   Teatro Argentina in Roma. Linked by  a deep friendship and similar  interests in art and music, Olga  was  officially adopted by Canonica  and his first wife, Olga Sormani,  in  1924. 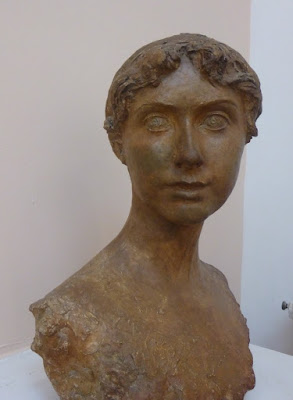 By the next  year   Olga Matteini Canonica was already  married  to the heir of the Piatti fortune, Flaminio, and mother of a  child. Their  first  home was  the huge  Palazzo Piatti in Vetralla with its sumptuous gardens decorated  with a series of  marble busts which have since disappeared, while the round stone table and  stools  still decorate  the gardens.

Olga  set up a nursery  school on the first floor where the children learned  drawing and music. We cannot know  what rhymes and  songs  they sang  but  we can still admire  the colorful designs that  decorated  the walls   here  and in  the  conservatory  (limonaia). 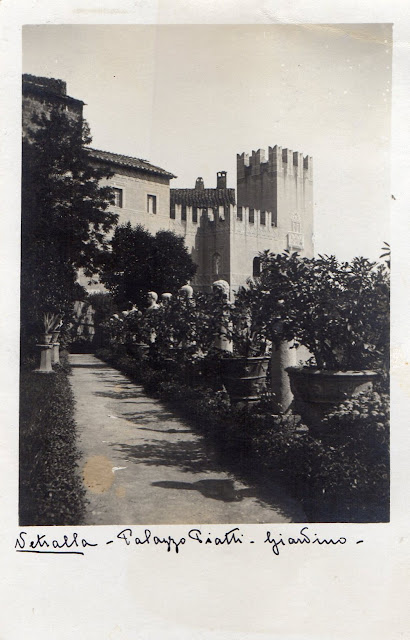 The cypress avenues, landscapes,  towers, churches and  a striped  cat  are similar  to  those   pictures  Olga  painted and dedicated  to her  Maestro  in  1916  and others  done later and signed  “Olga Piatti” and “Olga Canonica Piatti”  which  are conserved  at the Museo di Roma  and the Museo Canonica  in Villa Borghese. 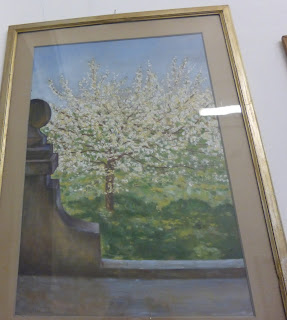 After a century  of  neglect  and degradation caused by the war  and  lack of  maintenance  by later  owners , the painted palazzo  and  its  luxuriant gardens   again enjoy  the sound of music thanks to  the new  owners and their association, Opera Extravaganza  which  spreads   the  joy of  classical music, art  and  opera. 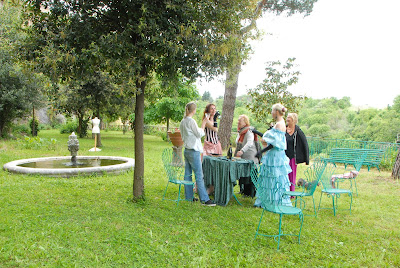 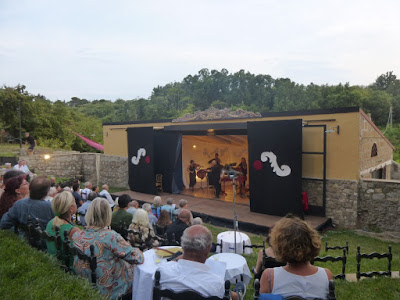 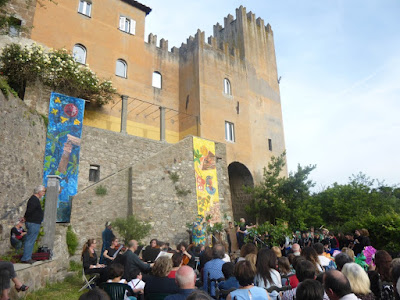 Discover  the  whole story  in   “The Painted Palazzo-Palazzo Dipinto “   in English and Italian, Etruria Editions/Archeoares, 2017. 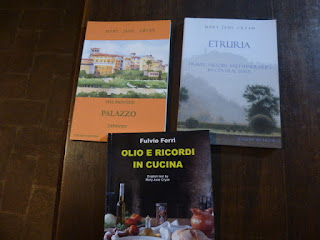 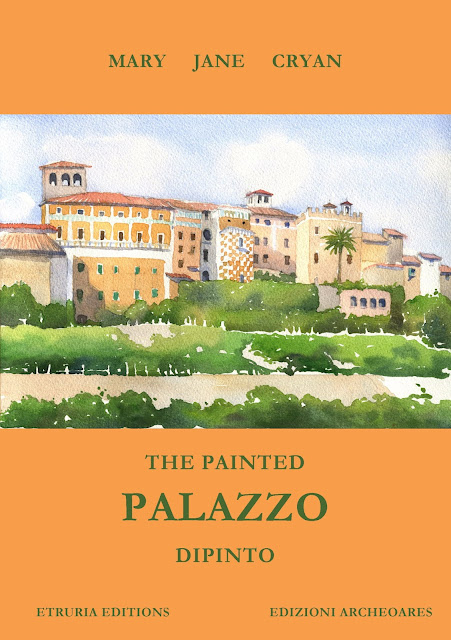 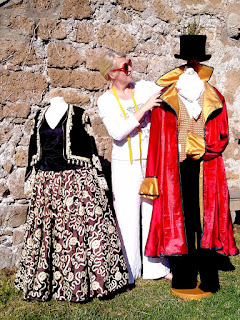 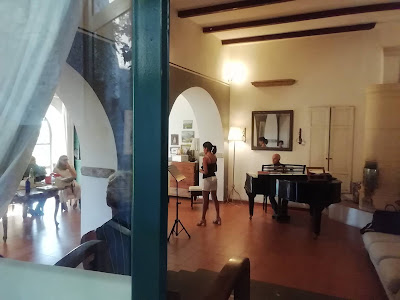